Tuesday - February 7, 2023
On Newport
Your One Stop Site For Everything Newport, Rhode Island
Home » Reviews » Movie Reviews » Eat The Rich 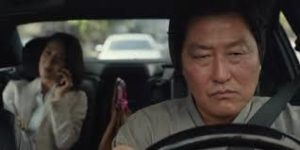 “Someday, even the experts will figure out, that crime is not caused by rap music…or even my music, but by a power structure of self-absorbed property owners so brain dead and stupid they won’t even see that if you’re too goddamn greedy to pay taxes for schools and services, they’re not going to be any good anymore! And that uneducated time bombs are a very poor investment as a future workforce. And if you go on teaching people that life is cheap, and leave them to rot in ghettos and jails, they may one day feel justified in coming back to rob and kill you. Duh!”

Jello Biafra said that a number of years ago. He was right then, and he’s right now. As the lead singer of the legendary band Dead Kennedys, Biafra has spent decades seriously thinking about how we relate to politics and each other. Seriously…yet not so seriously. Hell, the name of the band itself is meant to be a dark joke about the end of the American dream, and the band became immortal due to its powerful use of biting satire

Biafra and his bandmates knew that satire has very real power, and it doesn’t simply have to come from a place of bitterness or cruelty.* From Aristophanes to Voltaire, Jonathan Swift to Joe Queenan, the best satirists butcher society’s sacred cows. For example, consider the American myth. It’s based on a concept so simple, people actually believe it to be true—class doesn’t exist here: we’re taught that with enough hard work and ingenuity, anyone can break free from poverty. The idea is, of course, laughable.**

Wherever people exist, class exists. Wherever class exists, some people will thrive off the labor of others. But which people, and which labor? That’s the question asked by Bong Joon-ho, one of the world’s greatest filmmakers, in his new movie Parasite. 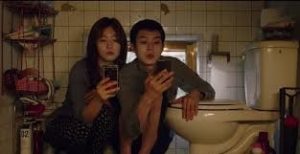 We’re introduced to the Kim family, who are not even close to living their best lives. Their patriarch is Kim Ki-taek (Song Kang-ho), a man who tried and failed at a number of entrepreneurial endeavors. These days, they live in a basement apartment, and they’re treated to the view of drunks urinating against the wall right next to their “picture window.”

The family ekes out a living folding pizza for a pizza joint, and they quietly steal Wi-Fi from the coffee place next door. Their lives suck, and it seems unlikely to change, until it does. Ki-taek’s son Kim Ki-woo (Choi Woo-shik) has an opportunity dropped in his lap. One of his buddies is planning to study abroad and he has a gig as an English tutor. Would Ki-woo be interested in taking over as a tutor?

Hell, yes, he would be! It turns out his student is Park Da-hye (Jung Ji-so), a teenaged girl living in an extremely nice house. Her father Park Dong-ik (Lee Sun-kyun) runs a successful IT business, and her mother Choi Yeon-gyo (Cho Yeo-jeong) is a homemaker who hires other people to handle all the homemaking duties. Her little brother is Park Da-song (Jung Hyun-joon), a precocious boy who may or may not legitimately have a need for art therapy.

Ki-woo sees an opening, a way to get his family out of poverty. The scam begins with him innocently suggesting that the Park family might benefit from the services of an art therapist. His sister Kim Ki-jeong (Park So-dam) is more than happy to pose as said therapist. Next, the Kims get the previous housekeeper fired. Ki-jeong “just happens” to know a perfect replacement, played by their matriarch Kim Chung-sook (Jang Hye-jin). After additional manipulations unfold, Ki-taek becomes the new driver for the Park clan and two families live under one roof.

From there? My God, things happen. 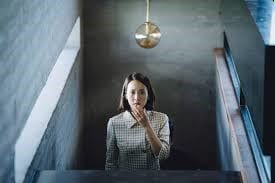 Based on what I’ve just told you, you might think that Parasite is a con-artist comedy in which there are plenty of near misses and a plethora of scams running at the same time. You’d be right, but there’s far more to it than that. This is the kind of film that is virtually impossible to predict, and once a certain door is opened during the film, I knew anything could happen.

That’s not entirely surprising if you’re familiar with the work of Bong Joon-ho.*** He’s a South Korean director known for spinning wildly original stories out of fairly pedestrian concepts. With Parasite, Bong has made an absurdly entertaining film that hopscotches between genres effortlessly. It’s a comedy of manners, a thriller, a horror movie, and a jet-black satire about the failure of the haves and the have-nots to cohabitate. His film is made with supreme confidence, and everything from the assured editing to the visual contrasts between the cavernous Park home and the claustrophobic Kim home is a marvel.

Bong also wrote the screenplay with co-writer Han Jin-won, and it’s the kind of script that causes intense envy in other writers. They have something to say about the desperation of the poor, about the wealthy surviving on the backs of the underclasses, about the wealth gap that only gets wider. Lesser filmmakers would get preachy, yet Bong and Han keep the narrative moving along with energy and a weird kind of joy.

Performing in a satire is tricky business. Performing in a satire made by Bong Joon-ho is even harder. Lean into the comedy too hard and the whole thing feels like a lark. Lean into the message too hard and you transform a film into a polemic. Bong’s cast walks a tightrope with no small amount of skill. Yes, the Kim family is a pack of grifters. They’re also a family squeezed into desperate circumstances. Yes, the Parks are hilariously naive in their bubble of privilege. They’re also the kind of rich people who “mean well,” in the best and worst sense of the term.

Good satire makes you laugh. Great satire makes you think. There’s not a doubt in my mind that Parasite is one of the best films of 2019, if not the best film of the year. It’s the kind of movie that’s made with a staggering degree of skill, is highly entertaining, and is guaranteed to start a memorable conversation.

*That’s why Republicans are so bad at it.

**I had a neighbor who genuinely believed that Donald Trump was born into poverty and worked his way up from nothing. Bless his heart.

***If you’re not, no worries! Snowpiercer and Okja are both streaming on Netflix now, and they’re an excellent entry point into Bong’s filmography.

Tim Brennan
Tim has been alarmingly enthusiastic about movies ever since childhood. He grew up in Boulder and, foolishly, left Colorado to study Communications in Washington State. Making matters worse, he moved to Connecticut after meeting his too-good-for-him wife. Drawn by the Rockies and a mild climate, he triumphantly returned and settled down back in Boulder County. He's written numerous screenplays, loves hiking, and embarrassed himself in front of Samuel L. Jackson. True story.
Tagged: bong joon-hocho yeo-jeongchoi woo-shikhan jin-wonjang hye-jinjung ji-solee sun-kynparasitepark da-songpark so-damsong kang-ho
OnNewport.com is a directory and information guide for Newport, Rhode Island.
Discover the best of Newport shopping, restaurants, night life, breweries, events, business, outdoors, fun, local life, real estate, transportation, jobs, and schools.
Looking for what to do in Newport? OnNewport.com has columnists, and bloggers to keep you up to date on the best of Newport, Rhode Island.